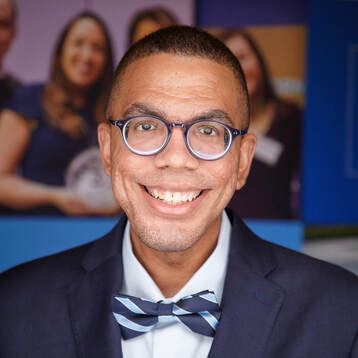 Journalist & Meteorologist
Bright, creative and motivated, Keith Bryant is a journalist and meteorologist with five years of broadcast news experience from Southern California. Currently, Keith works as a news producer at KNSD-TV / NBC 7 San Diego and is the President of the San Diego Association of Black Journalists in San Diego, CA. He has also worked as a news and weather producer at WVIT-TV / NBC Connecticut in West Hartford, CT and a news producer at KERO-TV in Bakersfield, CA.

As a producer, Keith strives for urgency, creativity, and accuracy. He focuses on creating newscasts that are hyperlocal and engaging. Plus, he uses the science of TV research and ratings to create a "great TV" experience for his news viewers.

As a meteorologist, Keith focuses on creating clean weather graphics that tell the weather story and making sure people have the weather information to plan their day or stay safe from any disruptive weather event. Keith has experience covering the elements from, nor'easters, blizzards, and tornadoes in Connecticut, severe thunderstorms in Atlanta, and mudslides, winter storms, extreme heat and wildfires in Central & Southern California.

"If you want to be somebody, if you want to go somewhere... you better wake up and pay attention." - Sister Act 2